Available in two major groupings – Golden and Blackheart – makes an attractive veneer or laminated board, as a solid with knots and figure for furniture, panelling and moulding. Blackheart is prized for decorative work and turning.

Of all Tasmanian timbers, sassafras has the most variable and dynamic colouring. It is a beautiful and pale creamy grey to white normally but can be streaked with rich browns and black heart. So, it is available in two major groupings; Golden sassafras and Blackheart sassafras.

Finishing to a grey and golden tone, golden sassafras is particularly attractive as a veneer or as a solid timber with knots providing figure. If the tree is infected with a staining fungus it produces Blackheart sassafras. Blackheart is a timber with distinctive dark brown, black, and even green streaks running through the wood. Blackheart is highly prized for decorative work and bowl turning as no two pieces are ever the same.

Sassafras is versatile. While the wood is light and strong, it is rather soft and easily worked. Renowned in furniture use as a solid, a veneer, or as a laminated board, sassafras is used for panelling, mouldings, joinery, veneers, cabinet making and turnery.

Quality assured Sassafras products are available from these suppliers:

The Tasmanian Timber Quality Assurance Program assesses nominated products for Australian Standards compliance through a quarterly mill audit. Buyers can trust that the guaranteed products from our suppliers come from a company that employs sustainable practices, holds Chain-of-Custody, and Responsible Wood accreditation.

Species Specific Notes: Sassafras is not included in AS 5604-2005 Timber - Natural durability ratings. It has good durability for decorative, architectural and structural applications internally but is not recommended for external use. The in-ground durability of heartwood is low. Sapwood is not susceptible to Lyctid Borer.

Average Specific Extinction Area is determined by the volume of smoke measured over the mass loss of the tested sample per test carried out in accordance with ‘Cone Calorimeter Test’ AS/NZS 3837. It is measured in units of m2/kg.

Critical Radiance Flux measures the radiant (heat) energy required to sustain burning. It is used in Australia to regulate floor coverings. The requirements are set out in BCA Specification C1.10a, providing CRF values for floor coverings based on Class of building, the location within the building (general use or use in fire isolated exits) and whether or not the building is sprinkler protected or not. CRF is measured in kW/m2.

Smoke Development Rate is the speed at which smoke increases as determined by testing flooring materials in accordance with AS ISO 9239.1. The rate is expressed in terms of percent/minutes. For buildings not protected with a sprinkler system, a maximum smoke development rate of 750 percent/minute applies.

EFH Smoke-Developed Index is a measure of the concentration (measured by optical density) of smoke a material emits as it burns. It is based on an arbitrary scale of 0 to 10. The higher the index, the greater the hazard from smoke is likely to be.

The joint group is a classification of the strength of a species in joint design. The values are from 1 (very high strength) to 6 (very low strength).

Modulus of Rupture (MOR) is a measure of maximum stress which timber can momentarily sustain when loaded slowly and continuously as a beam. Measured in MPa.

Modulus of Elasticity (MOE) is of importance in determining the deflection of a beam under load, the greater the stiffness, the less the deflection. Measured in GPa.

Maximum Crushing Strength, also referred to as compression strength, measures the ability of the timber to withstand loads applied on the end grain. Measured in MPa.

Impact provides the Izod value, which is the energy taken in joules (J) to fracture the timber.

Toughness is a measure of timber’s ability to resist shocks and blows, and is synonymous with impact strength. It is measured in Nm.

Hardness refers to the Janka hardness test and is a measure of timber’s resistance to indentation. This value is as listed on the CSAW website.

Radial and tangential movement is the percentage of dimensional change for each 1% moisture content change between about 3% moisture content and the fibre saturation point for the particular species. Between (FSP) 25% and 5%MC. Figures are approximate.

Tangential shrinkage is the measure of the percentage reduction in dimension from the unseasoned to 12% moisture content condition. Radial shrinkage is perpendicular to the growth rings, it is shrinkage in the direction towards the centre of the tree. Measurement is % value. Green to 12%MC. Figures are approximate.

Strength groups are given for unseasoned (S1-S7) and seasoned (SD1-SD8) timber in accordance with AS 2878. S1 and SD1 yield the highest strength and stiffness whereas S7 and SD8 yield the lowest.

The Tasmanian Timber Expert Helpline is a free service operated by the Centre for Sustainable Architecture with Wood at the University of Tasmania; providing advice on choosing the right timber, obtaining quotes from suppliers, and troubleshooting problems. 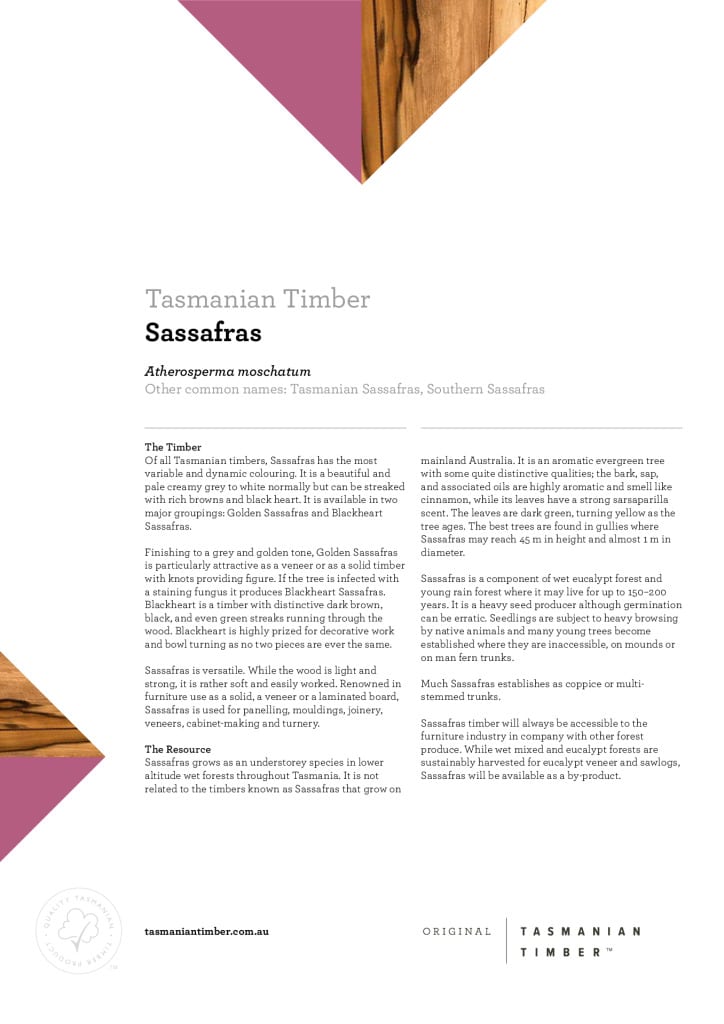 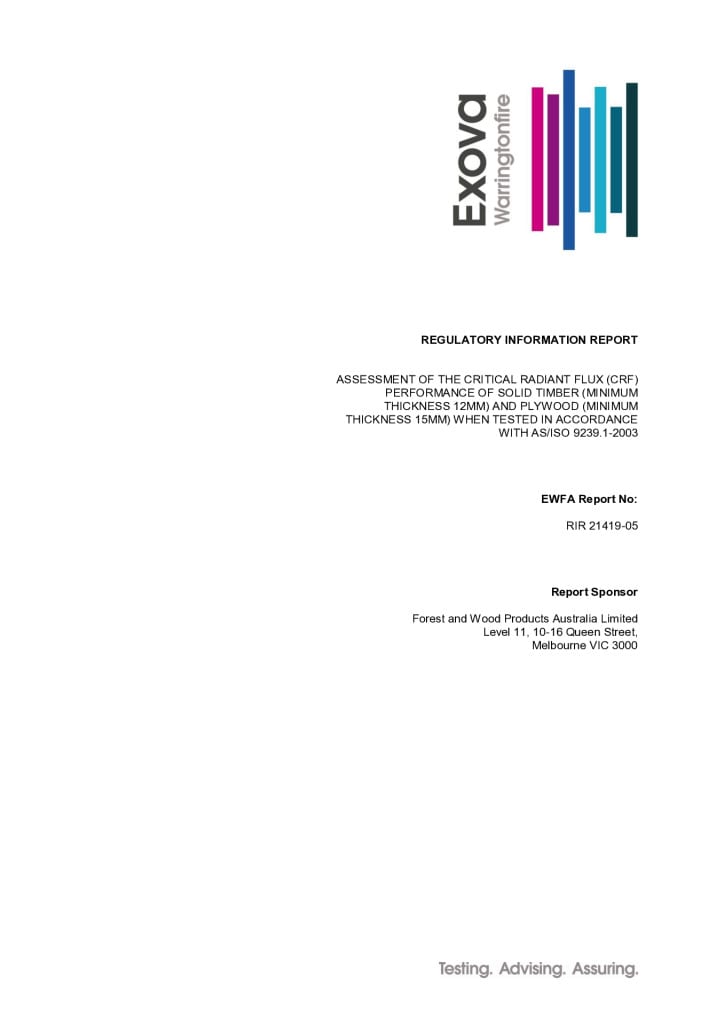 Subscribe Today
Get the latest inspirational Tasmanian Timber projects and stories delivered straight to your inbox!