Internationally acclaimed Australian Designer Maker, Jon Goulder, has become the ambassador for Tasmanian Timber. We spoke to him about why he has joined the campaign to support ‘buying local’, why Tasmanian timber is his material of choice, the rise of the Australian design industry and what he has on the agenda for 2019.

“To exclusively use Tasmanian Timber is a no brainer for me,” says Jon.

“Your design is a never-ending cycle of movements. It’s a progression. As my international market and recognition grew, I found I wanted to use my local product. If I’m showing work in Milan or New York as an Australian, why would I want to use timber from another country?

“I started to use Tasmanian Blackwood and just fell in love with it. It was beautiful. And it felt good to use a native species. I feel an amazing connection to Australia… I’m patriotic.”

Jon Goulder working on a Settler Chair in Tasmanian Blackwood

After seeing Jon’s work with Tasmanian Blackwood, the Tasmanian Timber campaign reached out to see if he would like to work with some of the other Tasmanian timbers.

“Tasmanian Timbers are most definitely at the top of what Australia has to offer. And I don’t really understand now why you would use timber from the other side of the world.

“I think as architects, designers, and furniture makers become more responsible the trend will be to use local product.

“We’ve got access to the most beautiful timbers in the world. They provide me with the pallet I need, from dark chocolate to blond and everything in between. There is so much variety in the density, in the strength – Tasmanian timber has everything to offer.”

Having seen the quality of the product, he was sold, but Jon also wanted to explore its provenance. He travelled to Tasmania to meet the industry and view how the timber was processed.

“Going down to Tasmania and meeting the people in the industry and doing some research has been an amazing experience. The timber is sustainably managed and harvested.

“The Tasmanian forest industry has been reborn and grown into this intelligent industry with a new generation of people. They’re responsible with the resource and passionate about the forests. It’s a new game – modern, responsible, intelligent,” says Jon.

“I can’t see myself using any other timbers for the rest of my career.”

The Rise of Jon Goulder and the Australian Design Industry

Jon Goulder is a fourth generation Furniture Maker, and it’s the only thing he has ever wanted to do. Well, that and design beautiful things. He left school at the earliest possible age, 15, to learn his craft before studying at the Canberra School of Art under ‘the Master’ George Ingham. It was here that he began to forge his career as a designer.

“It was quite competitive in those days and George’s expectations were high. I was really lucky that the design community liked my work – I can’t imagine what I would have done otherwise!”

Twenty years later and Jon’s impressive list of career highlights include multiple international exhibits, having his work collected by the National Gallery of Australia, and being invited to join one of the best architecture firms in the world, Snohetta, as their Senior Designer.

But Jon explains that the Australian Design Industry hasn’t always been there.

“When I started designing, there was no internet, no Australian design magazine. We had to build the industry, and everyone has played their part.

“Over the past five years the Australian design industry has developed an international identity as a power unto itself.”

There are some amazing designer makers in Australia, who according to Jon are using industry intelligently.

“I’d like to think I’m one of the people that have influenced the designer makers in Australia, or at least given them a confidence.”

Tasmanian Timber on the World Stage

Jon is excited to see what the reaction is to the work he puts forward for a number of major exhibitions and collections in 2019, using Tasmanian timber.

These include a solo exhibition for Broached Commissions, Innate Day for Spence & Lyda, and a collection for Lane Crawford.

Broached Commissions is the most reputable exhibition platform for art/design furniture and objects in Australia.

Innate Day is the second Capsule of Innate for Spence & Lyda. It follows the acclaimed Innate Night, launched in 2018, which was made from Blackwood, Tasmanian Oak, Steel and Leather. Innate Day will be made from Tasmanian timber, limestone, brass and leather. 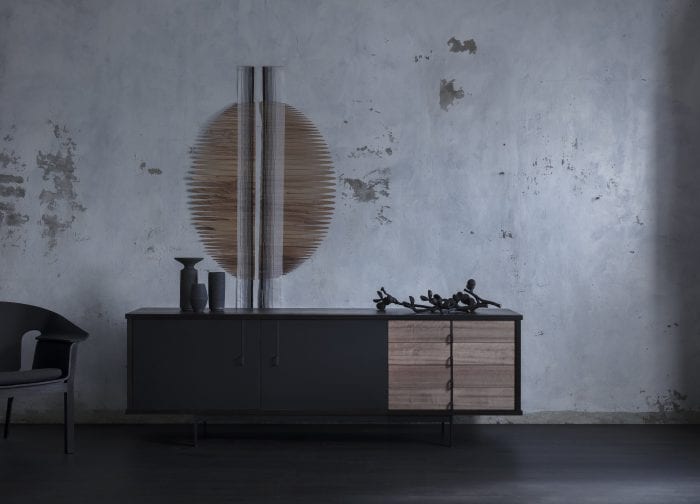 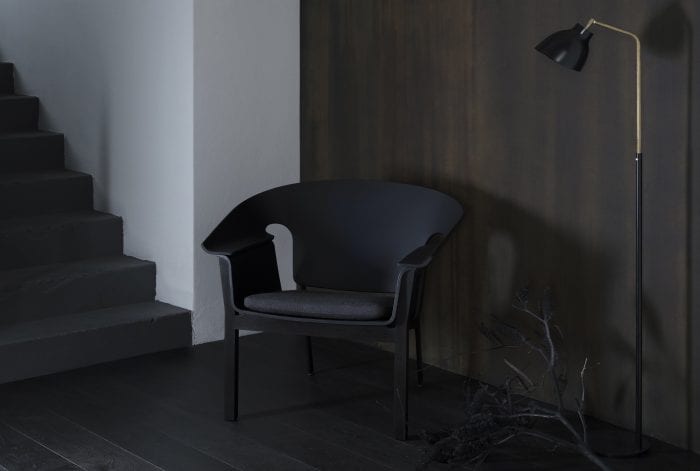 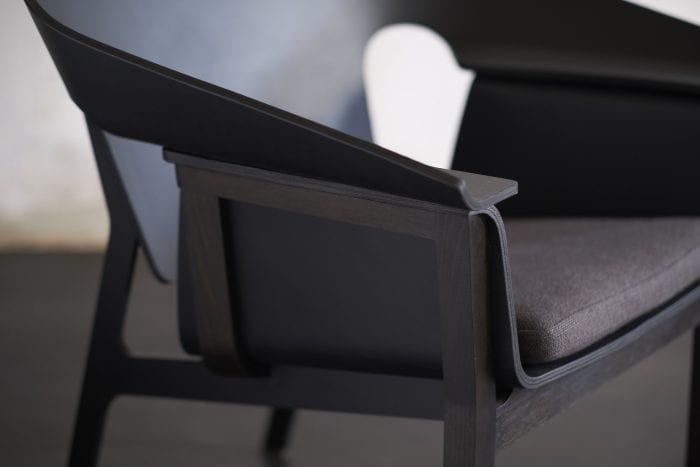 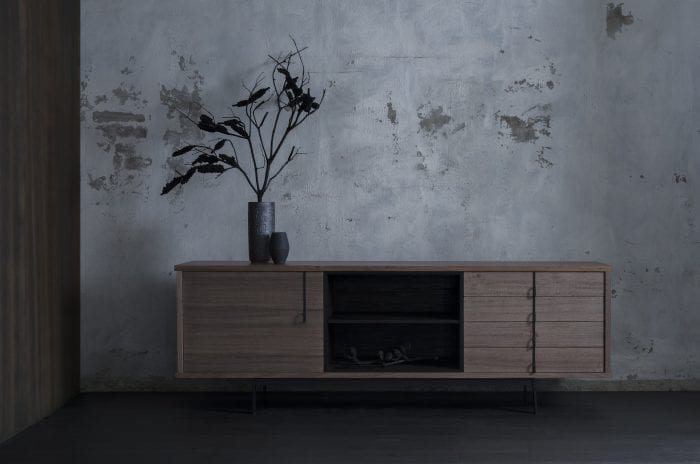 “We called it Innate because it is innately Australian, and innately Jon Goulder.”

In addition, Jon has designed a collection of work using Blackwood and brass for Lane Crawford, an international luxury retail store. The collection will launch at Art Basal in Hong Kong in March before heading to Milan and then being marketed around the world.

“I’d like to think that I’m one of the people that has influenced the designer makers in Australia, or at least given them a confidence.” 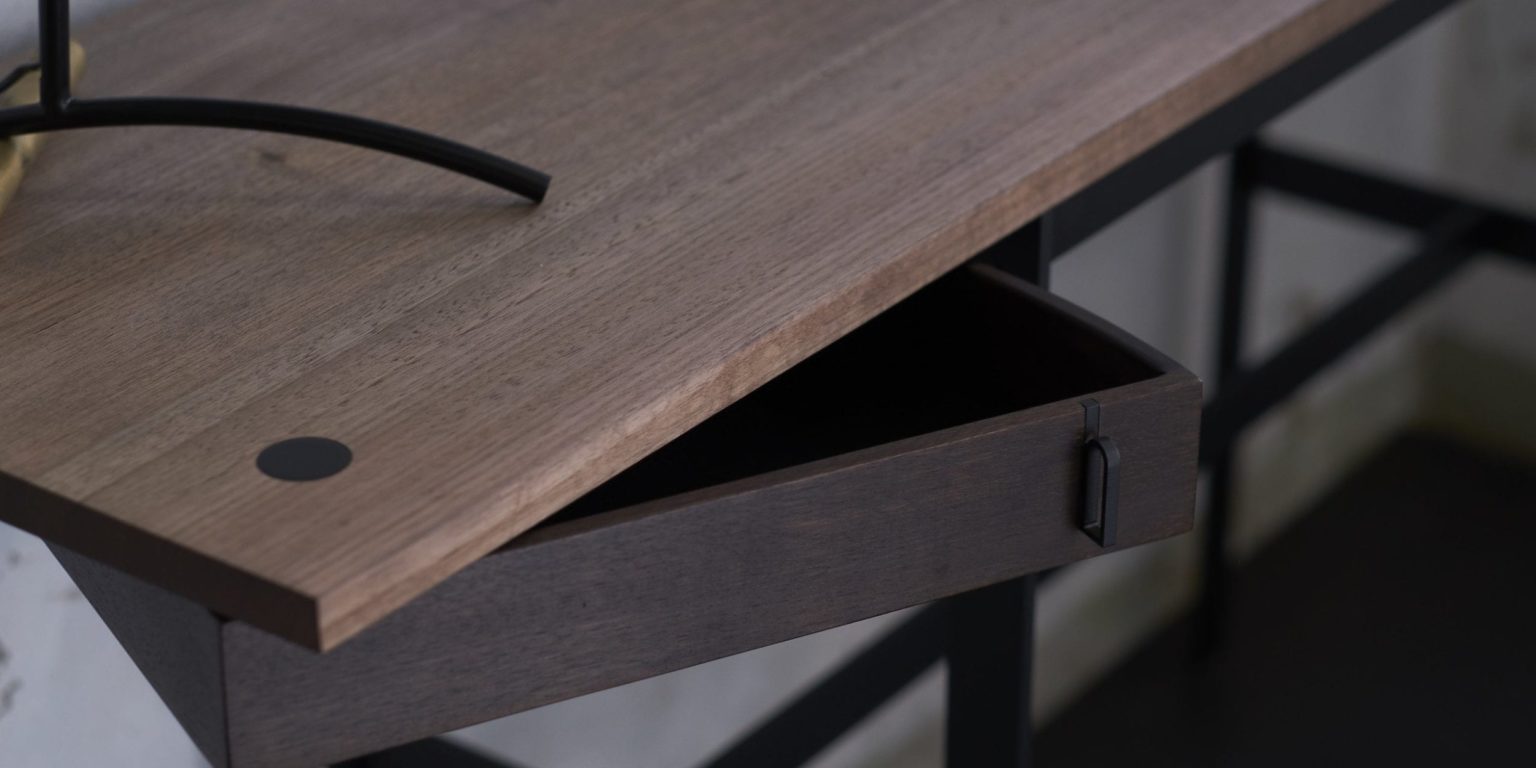